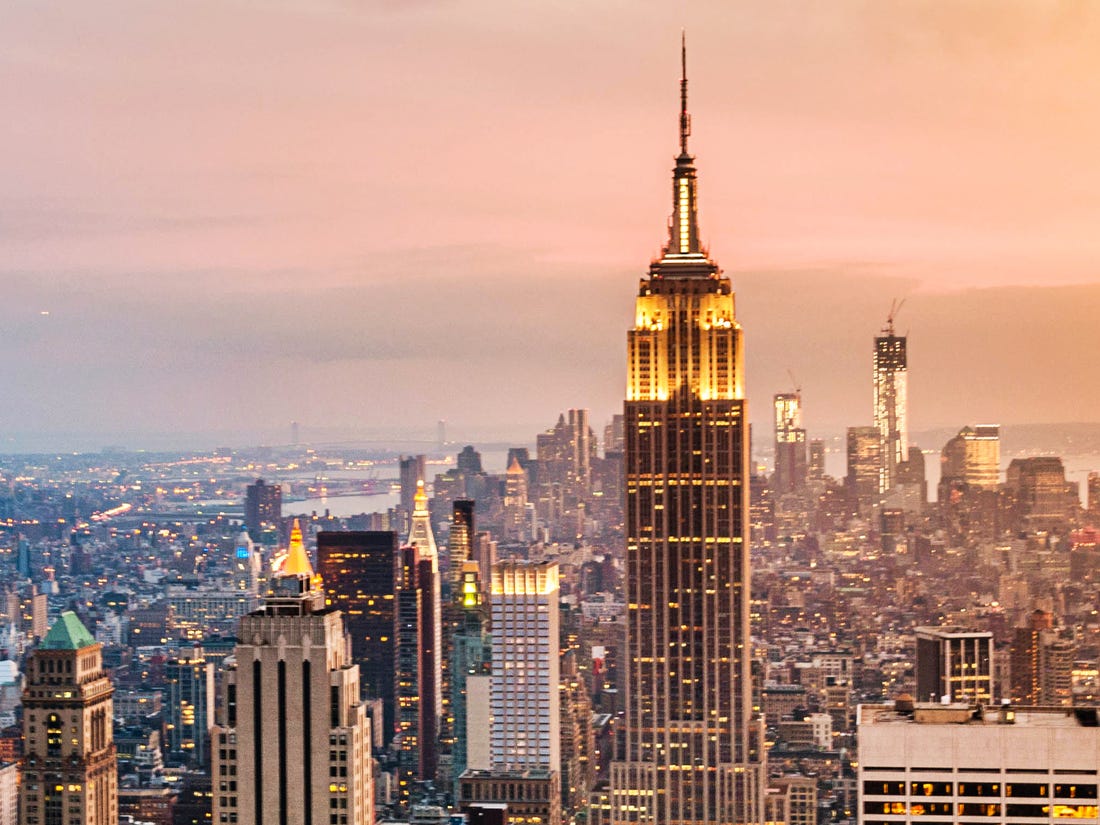 New York is definitely one of the most popular cities in the United States. The ginormous city has so much to offer that you’d need more than three lifetimes to fully exhaust. It portrays different phenomenal characteristics every time you pay it a visit. Tourists come here for many reasons, some come to shop while others are drawn by the Broadway shows. It also has dazzling attractions like the Grand Central Terminal, Empire State Building, and the High Line.

When it comes to flights, the city is well connected making it easy for visitors to jet in. You can get phenomenal flights from Vancouver to New York when you fly with Cathay Pacific. The airline operator offers premier services that ensure a seamless journey to your destination. With a plethora of things to do, here’s a bucket list of the best attractions that’ll make you fall in love with NYC.

Welcome to the most visited place in NYC, the Statue of Liberty; majestically standing as one of the largest statues in the world. It was built in 1886 and has remained a symbol of freedom and a great icon not only for the city of New York but also the U.S at large. To get to this incredible site, you’ll have to take a boat to Liberty Island. The good news is that there are no charges to visit the Island but you’ll still part with some money for the ferry ride.

This place serves as an accolade to nearly 3,000 people who were killed on the September 11, 2001, terrorist attacks as well as the 6 victims murdered in the World Trade Center bombing, in 1993. The 9/11 memorial museum is based in a magnificent curving glass structure across 2 pools. The pools are surrounded by grass and trees and have water flowing above the sides streaming into the bottomless square. The pools are one of the largest manmade waterfalls in North America. It also features exhibits that include videos, photos, and artifacts that tell the history of 9/11.

This is yet another spectacular landmark in New York City. It was constructed in 1883 and once held a prestigious title for being the world’s longest suspension bridge. It crosses the East River connecting lower Manhattan to Brooklyn. Several different locations in the vicinity would give you marvelous vantages of the structure; you can have a glimpse of it from the eastside of Manhattan, catch unforgettable vistas of it on a ferry ride, or experience it first hand by walking across it. Currently, it acts as a historic site of the NYC skyline conveying tourists and locals above, and commuter car traffic under it. From Brooklyn Bridge, you can enjoy breathtaking views of the East River, the Statue of Liberty and beyond Manhattan. The acme of it all are the boat tours, be sure to sign up for these spectacular cruises.

This list wouldn’t be complete without mentioning the remarkable Time square. It features lucent Broadway marquees, big billboards, costumed characters, and sparkling neon lights. Yes, you’ve guessed it right, this is the actual place where the ball drops during the New Year’s Eve countdown. No matter the time of the day, there’s so much to do and experience in Time square.

This is arguably one of the most photographed places in New York and it surely never goes out of style. There are countless sights to discover including the Central Park Zoo, Belvedere Castle, Strawberry Fields, and many more. This is surely a must-see attraction for anyone visiting New York City, offering many spots to capture the perfect Pinterest photos.

Top of The Rock Observation Deck

The Rock Observation Deck is one of the highlights of New York City. You’ll have a rare opportunity of accessing New York’s skyline that’ll treat you with an unobstructed panorama of downtown skyscrapers, and mid-Manhattan.

A visit to New York is truly an experience of a lifetime, one that’ll never cease to impress. Inasmuch as the list has just delved into a couple of attractions, they’re ones that will make you want to visit the city again and again.

Reasons why you must buy travel insurance